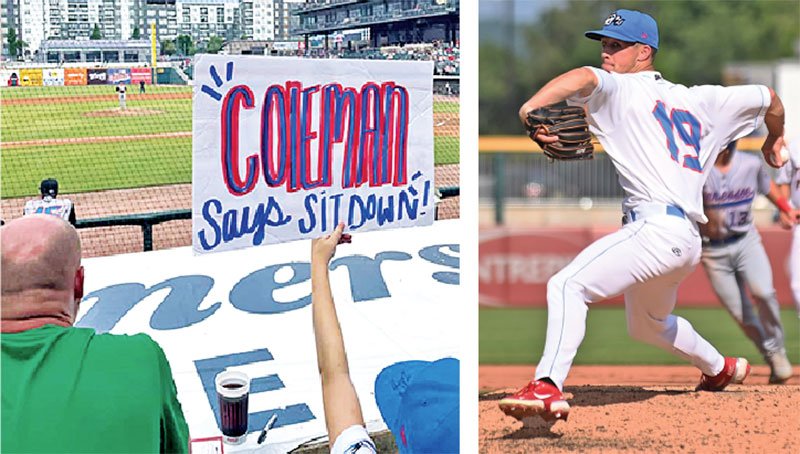 [Photos courtesy of the Rocket City Trash Pandas] Fans rely on Coleman Crow who is making a name for himself in the minors.

For the season, Crow is 5-2 with a 2.82 ERA and 67 strikeouts over 67.0 innings spanning 12 starts. He was especially brilliant in the month of June, going 3-0 with a 1.33 ERA, allowing just four earned runs over 27 innings while striking out 24 and walking four in his first four starts of the month. This comes after a strong May where he was 2-0 with a 2.01 ERA in four starts. He has allowed no more than one earned run in each of his last five starts.

Crow began his professional career last season with Low-A Inland Empire and was 4-3 with a 4.19 ERA in 13 games (10 starts) for the 66ers. He made his Double-A debut for Rocket City in the home opener at Toyota Field on April 12, 2022.

The Los Angeles Angels’ 28th round selection in the 2019 draft, Crow was selected by the Angels out of Pike County High School in Zebulon. He originally committed to Kennesaw State but chose to sign with the Angels and begin his professional career. MLB.com currently ranks Crow as the number 20 prospect in the Angels organization.