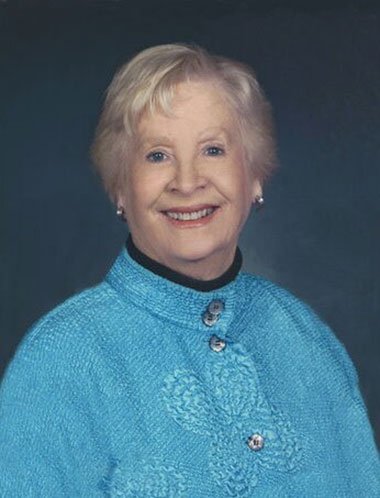 Dorothy Claire “Dot” McCombs, age 90, God’s loyal servant, went to be with her Heavenly Father Saturday, April 23, 2022.  Dot was born July 14, 1931, in Tallassee, Alabama to Kelly William and Madeline Earl Oliver Funderburk.  She was married on December 26, 1954, to Bobby “Bob” Glenn McCombs of Birmingham, Alabama at the First Baptist Church of Sylacauga, Alabama where Dot was the church secretary.Dot was a graduate of Tallassee High School and received her degree in Business Administration and Elementary Education at Samford University (formerly Howard College) in Birmingham, Alabama. While at Samford, Dot served as the first church secretary of Mountain Brooks Baptist Church in Birmingham, Alabama.

While living in Louisville, Kentucky with her husband, Bob, who was in the Southern Baptist Theological Seminary, she worked as a secretary at St Matthews Baptist Church, and also taught at Ballard Elementary School and Jefferson County Elementary School.

Dot, as the pastor’s wife, served alongside Bob at churches in Florala, Alabama; Elizabethtown, Kentucky; Ludowici, Warm Springs, and Concord, Georgia.  Dot continued her teaching career at Pike County Elementary School in Zebulon, Georgia and retired after 31 years of service. Bob and Dot retired from their formal ministry after serving together as pastor and wife of Concord Baptist Church in Concord, Georgia in 1999. Bob and Dot never truly retired from pastoring, ministering and witnessing to others.

Dot loved the Lord and loved her family and her spiritual family of the church and community wherever she lived. She was a giving person who was enthusiastic about everything she did and inspired others to give of themselves wholeheartedly in the service of the Lord and others.

Dot was preceded in death by her husband of 66 years, Bob McCombs; brother, Charles Funderburk; and sister, Marie Louise McCartha.

Dot is survived by her sister, Anita Daniels; her son, Jon Randal McCombs (Gina); her daughter, Wendy King (Scott); grandson, Christopher Glen McCombs (Lacee); grandson, Tyler Douglas King. She will be missed by several generations of nieces and nephews and extended family of loving members of the community.

The family will receive friends on Saturday, April 30, at 1:00 pm at Concord Baptist Church in Concord, Georgia followed by the funeral service at 2:00 pm. Graveside will be at Old Hebron Cemetery off Strickland Rd in Concord, Georgia.

Fond memories and expressions of sympathy may be shared at Moody-Daniel Funeral Home web page.