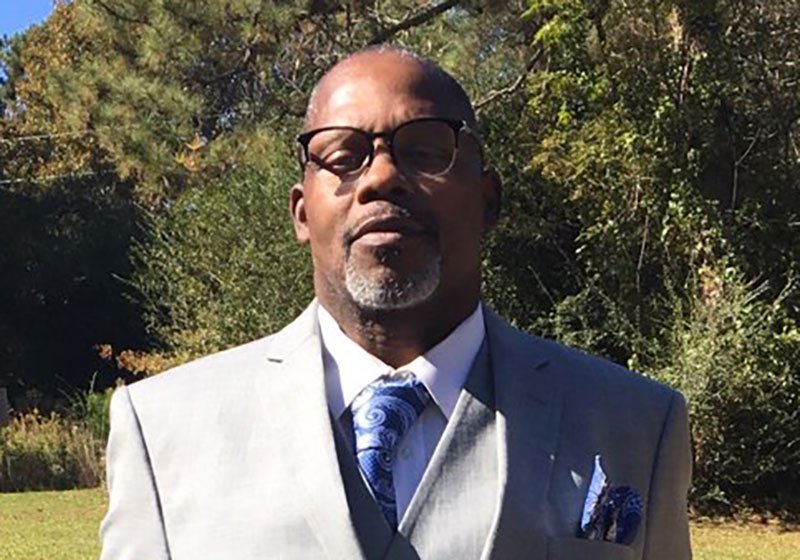 Deacon Fletcher Britt was born to the late Deacon Clarence and Minister Jewette Britt on Saturday, March 16, 1967. Fletcher was the third of three children. He was called to be with the Lord and Savior on Wednesday, September 21, 2022. He is preceded in death by his grandparents: Mr. Vance and Mrs. Grady Smith Britt and Mr. Fletcher and Mrs. Willie Mae Owens.

Deacon Fletcher Britt joined the old Mt. Calvary Baptist at an early age. He was ordained as a Deacon by Rev. Travis Ferguson on February 7, 2016.

Deacon Britt received his formal education in the Pike County School System, where he graduated from Pike County School System, where he graduated from Pike County High School in 1987. He loved to play basketball and football. No matter where he was, he let it be known that he was a fan of The Atlanta Falcons and Georgia Bulldogs. Shortly after graduation, he joined the military where he was stationed in Jacksonville, Fla. He faithfully and honorably served his country in the Navy from September 1987-April 1996. In 1990, Deacon Britt served a tour of duty on the USS Saratoga (CV-60) in Desert Storm. After serving his country in the military, he further served his county in law enforcement. At the time of his death he was self-employed.