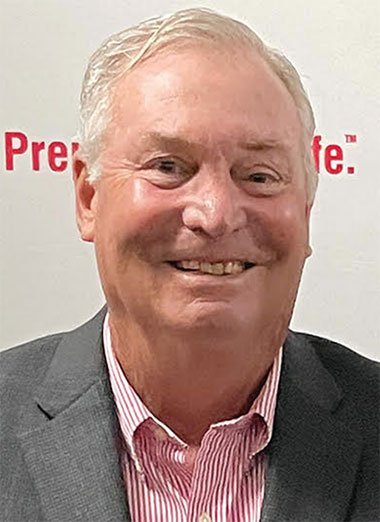 y weekend trip down memory lane began with the short hop over to Forsyth, south down I-75, navigating the interchange construction in Macon then east on I-16. Once across the mighty Oconee River, I went southeast on Hwy. 199.

The old roadway took me from Laurens County into Treutlen County and through the pretty much dead town of Lothair. I didn’t see any operating businesses in Lothair though there used to be a few.

Just southwest of town is the burial place of George Michael Troup (1780-1856). Troup was twice elected governor of Georgia. He died at Rosemont, one of his many plantations, and is entombed there.

When I first started traversing Hwy. 199 years and years ago, the fields on either side held vast crops of tobacco and cotton. There are a few cotton fields left but tobacco is long dead. One battered old tobacco barn still stands near the roadside, a tombstone memorializing the once lucrative crop now long gone due to cancer and political correctness.

Many of those fields are now planted in extended rows of longleaf pines. The ground between the rows is cleared regularly by farmers harvesting a new crop – pine straw for your landscaping needs.

Near the Treutlen – Montgomery County line, there was for many years an airstrip where a brave pilot ran a crop-dusting operation. Though a tattered windsock remains fluttering in the wind, the primitive runway is grown up with trees and brush and no airplanes were in sight.

Soon, the old road ended and I hung a right onto Hwy. 221 toward Mount Vernon. Before I hit the city limits, I took a left and rode parallel to the railroad tracks to Ailey. My family moved there from Savannah over Christmas break in 1969 when Dad got transferred.

At the time, Ailey had a population of 350. I think it is even less now. Thompson Lumber is gone as is Jack Leroy’s store where you could buy anything from a plow to a pint of chocolate milk.

I worked my way through the small downtown area and turned west onto Hwy. 280. Soon I reached my destination, the old Mount Vernon Community House and the 50th reunion of the Class of 1972 from Montgomery County High School. There is a brand new high school now but behind it the old campus remains. When I arrived all 12 grades were in one building which was quite the contrast to Jenkins High in Savannah where I started the year. It was culture shock for sure but my new schoolmates welcomed me warmly and I have nothing but fond memories of coming of age in that place and among those people.

For years we have published pictures of those attending 50th class reunions. I always thought to myself, “Damn. Those people look old!”. I would like to tell you my class broke that trend but damned if we didn’t look old too.

We reminisced, talked about our kids, feasted on barbecue and mourned our dead. Plans were made to return in five years.

I hope we all make it back for one more trip down memory lane.