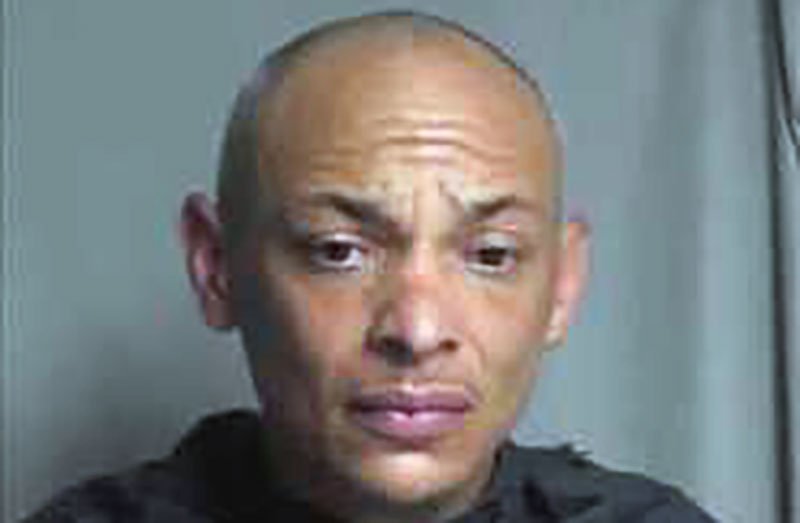 Lydell Eugene Holmes, 39, of Williamson was sentenced to 80 years with the first 40 in prison for kidnapping his girlfriend at knife point, stabbing her and setting an attic on fire where he had taken her after 10 hours of assault.

On Tuesday, Sept. 20, 2022, after a jury had been selected and seated, Holmes entered a non-negotiated plea of guilty plea in front of the Honorable Ben J. Miller in the Pike County Superior Court. Defendant Holmes pled guilty to the charges of kidnapping, aggravated stalking, five counts of aggravated assault (family violence), four counts of aggravated battery (family violence), arson in the first degree, burglary in the first degree and false imprisonment. The state was represented by Assistant District Attorney Audrey D. Holliday. The Pike County Sheriff’s Office investigated the case.

Holmes kidnapped his girlfriend at knife point while she slept in her residence. Over the course of approximately ten hours, he drug her down several roads, stabbed her multiple times, buried her under pine straw and dirt, falsely imprisoned her in a homeowner’s newly constructed home’s attic, attempted to stab said homeowner and set the attic on fire. The female victim suffered four stab wounds to her back, chest and abdomen and was life flighted for emergency help. The victim of the newly constructed home suffered no injuries. The Pike County Sheriff’s Office, along with assistance from a Zebulon Police officer, spent an hour in the attic attempting to get Lydell Holmes to release the female victim and put the fire out. Deputies were able to get the fire out with assistance from the homeowner, who was able to connect together three water hoses, and they were eventually able to convince Holmes to put the knife down and release his victim. The incident was captured on sheriff’s office cameras.

“Preparing for this trial was a real team effort, and I am grateful to the members of the Pike County Sheriff’s Office, EMS, independent witnesses, the victims, Victim-Advocate/Investigator Sheri Winslett, investigator Rick Reeves and Anita Rodriguez of the District Attorney’s Office for all their hard work and long hours preparing this case for trial,” said Holliday. “This community cannot tolerate the actions of individuals like Lydell Holmes, and I believe that once the jury heard the evidence they would have told him the same thing. I believe this is why he finally decided to enter a non-negotiated plea. We must continue to work together in the Griffin Judicial Circuit to bring awareness to domestic violence, to partner with resource providers, to support victims as they regain control of their lives, and for each one of us to stand up and speak up to stop intimate partner and family violence.”

District Attorney Marie Broder said she was proud of the efforts to bring the case to a close.

“I echo the sentiments of ADA Holliday. This was a case of truly horrific domestic violence acts against the victim,” said Broder. “I am so proud of my team on this case, and my offices will continue to partner with law enforcement and our community partners to ensure that those that perpetrate domestic violence are held responsible for their violent acts.”