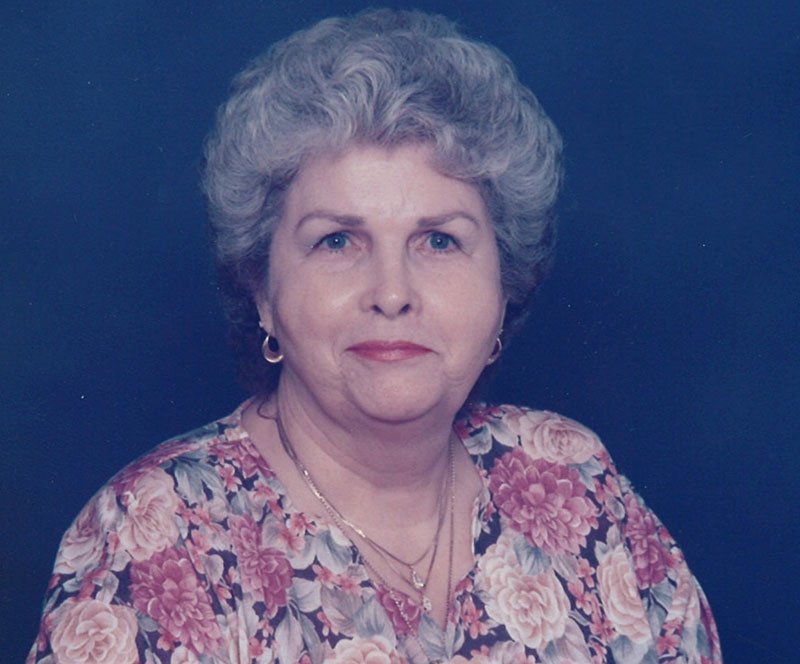 Mrs. Doris Jones Whaley, age 88, of Molena, passed away January 22, 2023, with her daughter and son-in-law by her side. Ms. Doris was born in Fairburn, daughter of the late Euwell Lee Jones, Sr. and Sally Kate Smith Jones. In school she was known for her smile, her laughter, and her quick wit. She was voted “Miss Wittiest.” She graduated from cosmetology school and worked at Hair Styles by Jenny in East Point, retiring in April 1984. She enjoyed cooking, painting, drawing, reading, and playing cards and games. She was an excellent seamstress and made her children’s clothes when they were young. Ms. Doris loved spending time with her family and looked forward to family gatherings. She had a beautiful voice, and often sang at events with her husband Jim, who played along on his guitar. Ms. Doris was funny, outgoing and had a great sense of humor.

She loved the Lord and was steadfast in her faith all her life. She was an active and faithful member of First Christian Church in College Park and later Molena Baptist Church, where she served as secretary. Ms. Doris was dearly loved and will be missed by everyone who knew her.

In addition to her parents, she was preceded in death by her husband, James “Jim” Harvey Whaley, daughter Susan Sams, son James Mickey Whaley, and her brother Lee Jones.

She is survived by her daughter and son-in-law: Vickie and Mike Giles; grandchildren: Christie Adams, Shannon Tindell, Samuel Giles, Annah Hand and Andrew Sams; brother: Larry Jones; sister and brother-in-law: Janice and Randy Slay; 12 great-grandchildren and several nieces and nephews.
Funeral services will be held on Saturday, January 28, at 2 p.m., in the chapel of Moody-Daniel Funeral Home.  Burial will follow in Moody Memorial Gardens.

Friends may visit the family on Saturday from 12 p.m. to 2 p.m. at the funeral home.