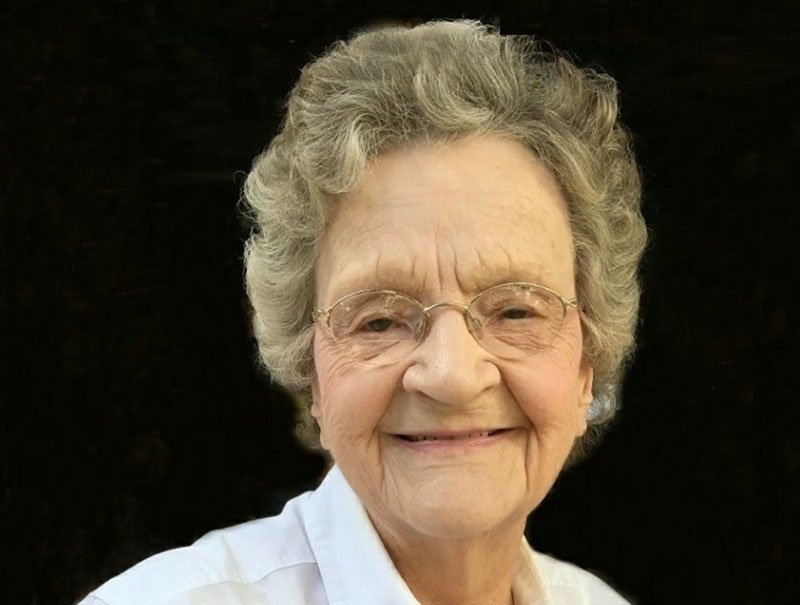 Ms. Nadine Reeves Buffington, age 97, of Zebulon, passed away on January 20, 2023. She was born in Zebulon, the daughter of the late James Eugene Reeves, Sr., and Lillian Tolen Reeves. She lived her entire life in Pike County and was a New Hope Baptist Church member.

Of her many lifetime accomplishments, she was proudest of her work during World War II. Immediately after high school, she worked at the Bell “Bomber” Plant in Marietta, Georgia. She loved to talk about her service as a chief cockpit engineer, where she calibrated instruments and was the final assembly-line inspector on the B-29 before its acceptance by the military for service. She often stated, “I never had a ‘ship’ turned down.” In addition, she was a well-traveled airline aficionado. She flew Concorde supersonically numerous times, completed three around-the-world trips, and frequented countless domestic flights.

She enjoyed an active lifestyle, regularly seen with her wheelbarrow and rake working in her immaculate yard. Known by everyone as “Miss Nadine” and to her close friends as “Deenie,” she was a kind, loving, strong, compassionate spirit and a proud member of “The Greatest Generation.”

Along with her parents, she was preceded in death by her husband of 37 years, W. T. Buffington; sisters Elizabeth Poole, Carolyn Buffington, and Edith Huckaby; and brothers Millard F. Reeves, Joseph L. Reeves, and Eugene “Buddy” Reeves.

She is survived by her only son, Dr. Perry W. Buffington; one sister, Mary Ann Brown of McDonough; and two brothers-in-law Arthur J. Buffington and Freddie Buffington, both of Milner. She also held dear numerous cousins, nieces, and nephews.

Her son would like to thank Mr. Bob Reeves, Ms. Daye Reeves and Ms. Lisa McNeilly for their attentive kindness extended to “Deenie” in her hour of need.

Funeral services will be held on Saturday, January 28 at 11 a.m. at New Hope Baptist Church, 4920 New Hope Road, Zebulon. Interment will follow in the church cemetery.

Friends may visit the family at the church on Saturday from 10 a.m. to 11 a.m. Due to recent outbreaks of Covid and influenza, protective face masks are required during the service.