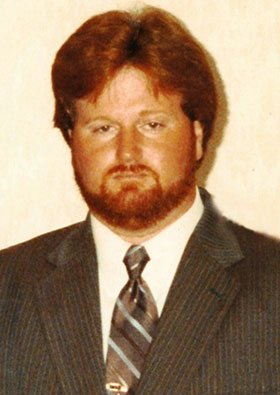 Mr. Onree “Jake” Garner, Jr., age 57, of Griffin, in Pike County, passed away December 30, 2021, at his home. He grew up in Pike County, son of the late Onree Garner, Sr., and Martha Williams Garner. He graduated from Pike County High School in 1982. Jake lived in his family’s home for most of his life. In his early years, he was an automotive mechanic, owning his own garage in Griffin.  For 20+ years, he worked for Spalding County, retiring as Public Works Director. Jake was elected to two terms as a Pike County Commissioner. He was the youngest person to serve as commissioner.

Jake enjoyed coon hunting. He was on the board of directors of Treeing Walker Breeders and Fanciers Association and was President of the Georgia Federation of Coon Hunters.

In addition to his parents, he was preceded in death by an infant sister, Amanda Lynn Garner, sisters, Mary Garner and Erma Coleman.

In lieu of flowers, contributions may be made to Georgia Mental Health Consumer Network, 1990 Lakeside Parkway, Suite 100, Tucker, GA 30084.