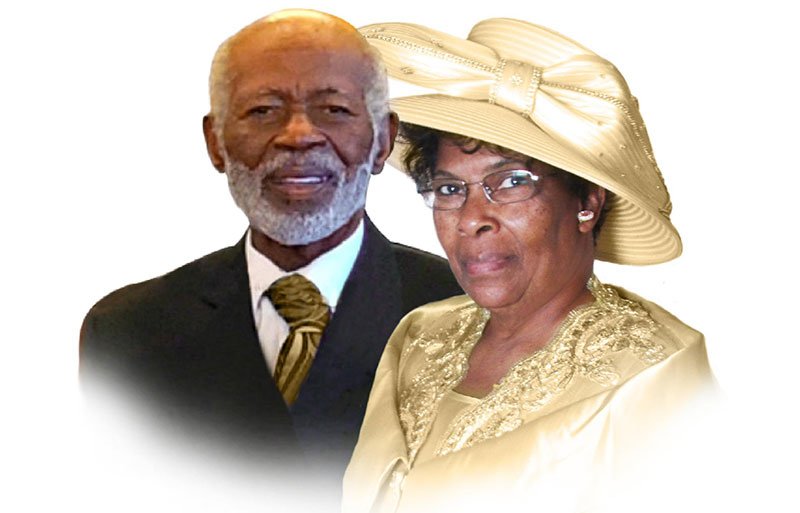 Pastor Hodo celebrated for his 50 years of service

Pastor Robert Hodo and his wife Gwendolyn have impacted the lives of generations in the Pike County community as leaders of Mt. Hope Baptist Church in Zebulon since 1972. Pastor Hodo will be honored for his 50 years of service with a parade and special Golden Pastoral Anniversary service.

“Pastor Hodo will have served 50 years and will be the longest serving pastor in Pike County history at one church and the only one who has served at one church for 50 years,” said Marvin Hollis. “In the past we have renamed the street leading to the church in his honor and we want to let everyone know how happy we are to still have him and celebrate his wonderful service.”

The church plans to hold a parade, weather permitting on Saturday, Feb. 12 with lineup starting at 10 a.m. A large celebration will be held on his actual 50th anniversary on Sunday, Feb. 20. The road leading to Mt. Hope Baptist Church was renamed R.L. Hodo Court  in February 2012.

Pastor Hodo can’t put a number on the messages he has preached but knows that he was called from a young age and his first sermons were shared through any means necessary when he was still a boy.

“When I was a lad, I found myself – when I would get home from school and lay my books down – crossing the fence and going into the woods to sing and pray and then go into what appeared to be preaching,” he said. “When my mom would leave the house, I’d lay out the Bible and go through the process of reading His Word and preaching just like my preacher did when I went to church as a young man. There were many sermons preached out in the woods, in the house or in the car because I had no other course.”

Pastor Hodo was licensed to preach Feb. 28, 1963 at age 24 at Mt. Zion Baptist Church in Thomaston under the pastorate of the late Benjamin Lockhart and ordained to preach July 16, 1966 at Shady Grove Baptist Church under the pastorate of the late Rev. C.H. Atwaters. In his five decades of preaching, he’s only missed a couple Sunday services because of sickness.

“I was called here at Mt. Hope in February 1972. I was 33 years old when I came here,” he said. “I can best describe my calling to preach as a thirst or a hunger. Over the past 50 years being here, it has truly been rewarding as well as challenging.”

Members of the Mt. Hope congregation are appreciative for pastor Hodo’s decades of service.

“As I reflect over the 50 years under pastor Hodo’s leadership, I can truly say it has been a blessing to know someone with a caring and devoted spirit towards his congregation,” said Marvin Hollis.

In addition to sharing a sermon each Sunday, Hodo helps church members during times of trials and loss. Mt. Hope Baptist’s church building has been expanded several times in the 50 years of his pastorate, enlarging the fellowship hall and Sunday school classroom areas.

“This is a friendly church and we welcome everyone to come share in our worship services,” said Hollis. “Mt. Hope has an old style type of preaching. We have a God-fearing group of people and we’ve truly grown to love each other. Our main objective is sharing the message of salvation and reaching out to those who are less fortunate than ourselves.”

Pastor Hodo doesn’t see retirement in his future and he is not as bothered by the prospect as others seem to be.

“I’ve lived long enough to know worrying doesn’t change things,” he said. “Until the Lord shows me I need to give up preaching, I’ll keep on sharing sermons and wait on him. The Lord has blessed us in a large way. We’ve made a lot of progress but there is still a lot of progress to be made. We can do all things through Christ which strengthens us.”