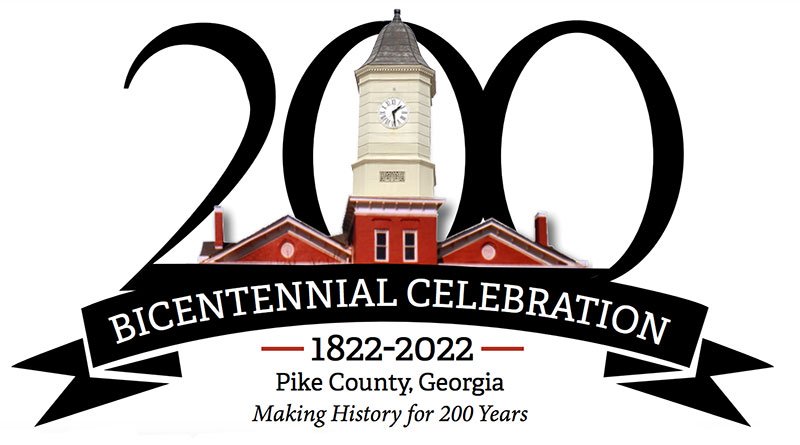 The New Year will bring an incredible milestone for the county – the 200th birthday of Pike County – and plans are underway to celebrate that accomplishment throughout the year. Pike was founded on Dec. 9, 1822 and named after explorer and veteran Zebulon Pike.

“Two hundred years is an important milestone no matter what you’re talking about. The fact that Pike County has been around since 1822 and is a strong, growing community that we love speaks to the character of those who came before us,” said Stephen Brentlinger, chair of the Pike County Bicentennial Committee. “Pike is a beautiful place, but the people who lived and live here, whether ‘locally grown’ or ‘imported,’ are what makes it special. Throughout the Bicentennial Year, we will be celebrating those people. We will be celebrating the stories and memories shared with children and grandchildren. We will be celebrating the reason that we all choose to live here rather than anywhere else in the world. I don’t know about you, but I’m proud to be from Pike County, and I’m proud to be celebrating 200 years of making history!”

The Bicentennial Committee consists of chairman Brentlinger, vice chair Meredith Maddox, secretary Karen Brentlinger and treasurer Bryan Richardson as well as others who are contributing to the ongoing celebration.

Pike County commissioners will issue a proclamation for the Bicentennial Celebration kickoff at their Jan. 12 meeting.

The history of Pike will be shared at many local events throughout the year with a special Country Fair Around the Square planned for Aug. 20 in downtown Zebulon to highlight the county’s history. Other tentative plans to celebrate Pike’s 200th birthday will take place throughout the year, including at the Optimist Club Cornhole Tournament at Zebulon City Park on March 19, at the Williamson Wisteria Festival April 1-2, at the Juneteenth Celebration hosted by NAACP on June 19, at the American Legion Post 197 5K/10K event in April, at the SlowExposures Exhibit Sept. 17-18, at the Meansville Music Festival in September, at the Concord Country Jubilee Oct. 15-16, at the Post 197 Veterans Day event Nov. 11 and at the Pike County Christmas Festival and Parade in downtown Zebulon on Dec. 17.