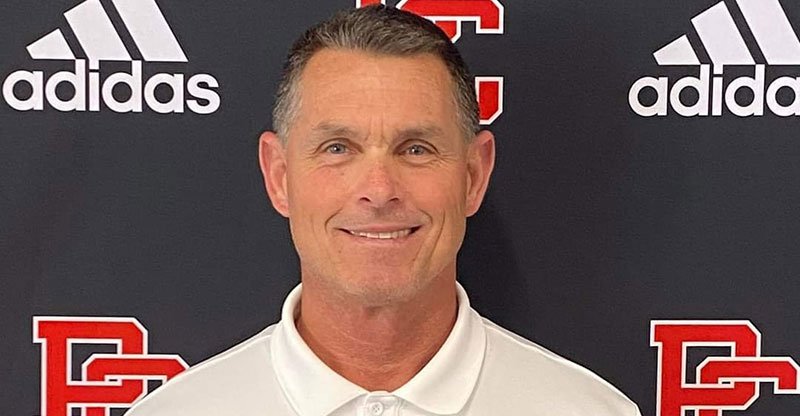 The Pirates football team will play the annual Red and White spring game this Friday, May 20 under a new head football coach. The game is presented by the Pike County Football Touchdown Club and will start at 4:30 p.m. with the middle school team and 6:30 p.m. with the high school team.

New Pirates head coach Bryan Holley is a native of Columbus, Ohio. He and his wife of 34 years have three children and two grandchildren. He attended Western Kentucky University as a football walk-on and stayed to earn a master’s degree of education. His 33 year coaching career began in Kentucky, where he was named Coach of the Year for his region.

In 2000, he moved to Georgia where he continued coaching. He was the Offensive Coordinator for the 2010 Starr’s Mill State Championship Runner Up Team. He was awarded Head Coach of the Year for Fayette County in 2016 while at Whitewater High School.

Coach Holley joined the Pirates coaching staff in 2020 as the PCHS Offensive Coordinator.

“I’m excited to lead the Pike County Pirates football team. I believe the talent and potential of this team will prove to be an exciting year for the fans in this community,” said coach Holley.

Published in Breaking News and Sports