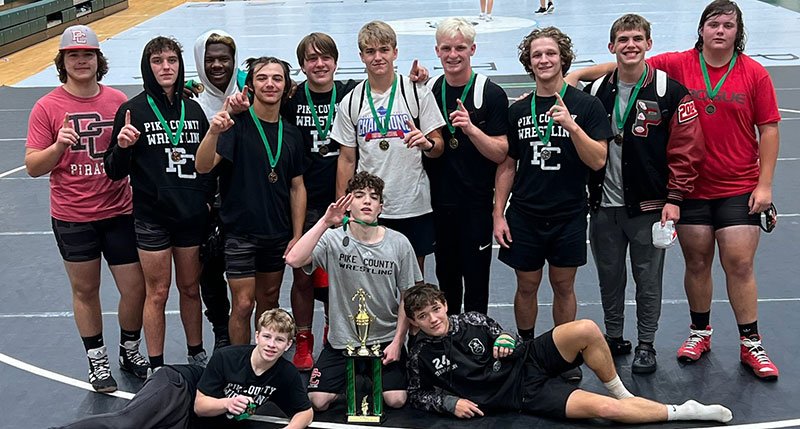 The Pirates wrestling team started its season strong on Nov. 11-12 as the varsity picked up a first place win against seven other schools. The team competed in a Varsity Scramble with McIntosh, Locust Grove, Heard County, Starr’s Mill, Trinity Christian, Pace Academy and Whitewater and earned first place in the tournament.

The JV competed Saturday and no team score was taken. The results were about the same with the JV performing very well and many coming home with hardware.