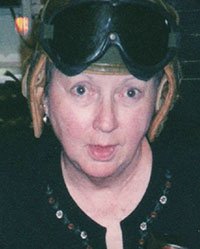 Rachel Norris McClelland, generous and loving wife, mother, grandmother, great-grandmother, sister, aunt, cousin and cherished friend, has passed away at the age of 83.

Rachel was born and raised in a loving home by her parents, Ruth and Holloway Norris.  She enjoyed life on the family farm with her siblings Virginia, Willaminta, George, Ruthie and Bill. She obtained an Associates Degree in a time when it was fairly uncommon for women to attend college. While visiting her sister Virginia and new husband Murray, Rachel was introduced to a handsome Air Force man, Charles McClelland, who said when he laid eyes on her she was the most beautiful woman he had ever seen. Charles and Rachel married on February 15, 1959, and have been married ever since.

They enjoyed living in Japan and Florida as an Air Force family. Charles and Rachel returned to Pike County after Charles’ stint in the Air Force to help care for her aging parents. They brought with them their two young, wonderful sons, Carl and Keith.

After returning to her hometown, Rachel became heavily involved in all things concerning her beloved county. Her mission and passion were to take the reins of the fledgling Pike County Reporter and make it into the beacon of information for the entire county. She spent many years and expended her energy, blood, sweat and tears at the helm as editor and later as publisher. She used the newspaper as a tool to spotlight positive aspects but also to right wrongs and to shed light on those areas where improvement was needed. She was a no-nonsense leader in her community and was widely respected. Rachel was in a leadership role at a time when females were widely underrepresented in the workforce.

After her retirement, Rachel enjoyed nature photography and won several awards with her beautiful photos. She was featured as Artist of the Month several times in the county as well as having her work featured at Callaway Gardens. She also had several photos selected for a coveted spot in the Slow Exposures Exposition.

She was also active in numerous civic organizations including the Concord Garden Club, the Lions Club and Friends of the Library. These organizations were a perfect fit for Rachel since she truly enjoyed social events and networking was her forte.

Rachel was also an avid reader, enjoying all genres of books. She enjoyed socializing and was a person who loved and was loved mightily.

She is also survived by her brother George Norris (Ellen); her sister Ruthie Faulds (Paul); and brother Bill Norris (Judy). In addition, Rachel is survived by numerous nieces and nephews, cousins and a plethora of life-long friends.

There will be a Celebration of Life for Rachel on January 21st, from 2 to 5 p.m., at the Strickland Building, 144 Main Street, Concord.  All family and friends are invited to attend.