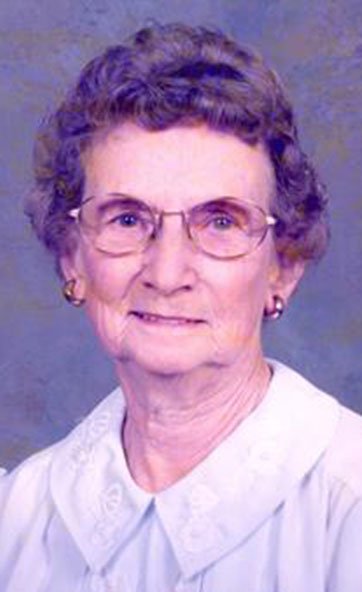 Mrs. Rosa Lee Mangham King, age 105, of  the Lifsey Springs community in Pike County went to be with her Heavenly Father on Friday, December 17, 2021, at Upson Regional Medical Center. A celebration of her life will be held on Wednesday, December 22, at 2 p.m. at the Beulah Baptist Church in Pike County. Interment will follow in the church cemetery. The family will receive friends at the church from 1 p.m. until the service hour.

Mrs. King was born on December 4, 1916, in the Lifsey Springs community of Pike County and lived there her entire life. She took an active role in the community, helping families any way she could, from taking care of the sick to providing vegetables and flowers from her garden and yard. She took great pride in her yard and flowers, riding her Snapper lawn mower when she was in her late nineties. She very much enjoyed feeding family and friends in her ole country kitchen located in the back yard. Her biscuits cooked on the old woodburning stove were to live for. Mrs. King was well known throughout Pike County, surrounding areas, and several other states for her wisdom and quips in her Lifsey Springs column, which appeared in the Pike County Journal for more than 33 years. A collection of her articles was published in “The Wit and Wisdom of Rosa Lee” in 2009. Mrs. King and her

four siblings were recognized and awarded a certificate by the Guinness Book of World Records in 2018 for the highest combined age achieved by five living siblings with a total of 485 years and 72 days. She was a lifelong member of Beulah Baptist Church where she was very active and held many positions. She especially enjoyed singing in the church choir.

In lieu of flowers, the family requests that those desiring make memorial contributions to Beulah Baptist Church Cemetery Fund, PO Box 1083, Zebulon, GA  30295, or to a charity of the donor’s choice.

Fletcher-Day Funeral Home of Thomaston is in charge of all arrangements. Condolences and remembrances may be expressed at

Published in Obituaries and Uncategorized