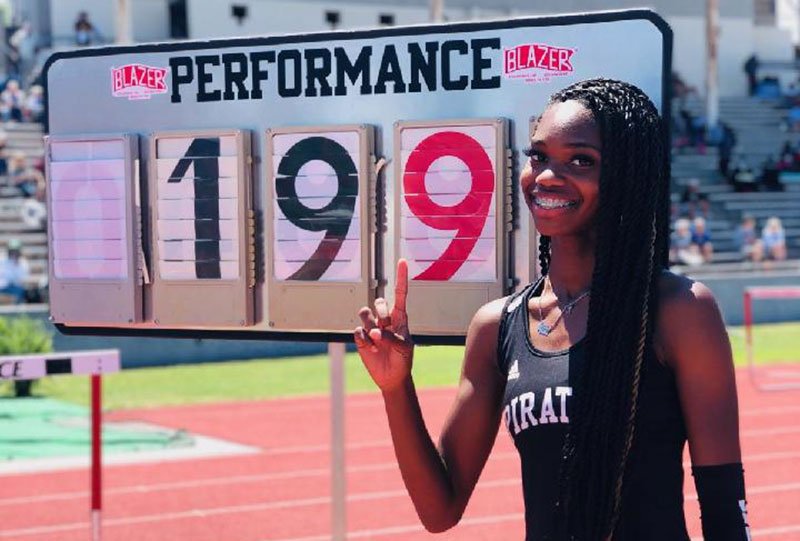 Tayla Moreland recently received a championship ring for her part in helping the Kennesaw State Owls become 2022 ASUN Conference Outdoor Track and Field Champions. She also earned the ASUN Women’s Freshman Athlete of the Week honor which was announced March 30.

She won the long jump and the triple jump events at the Don McGarey Invitational March 25-26. She earned the victory in the long jump with a wind-aided personal best of 6.08 meters (19’ 11.5”). Her score ranks first in the ASUN. Her non-wind-aided mark of 6.05m ranks 19th in the NCAA East Region. She also won the triple jump with a leap of 12.00m (39’ 4.5”) and that jump ranks second in the ASUN and 52nd in the NCAA East Region this season.

Tayla signed a scholarship with the KSU Owls after graduating from Pike County High School in 2021 where she excelled in track and field. At PCHS, she earned a 2021 state championship title in long jump, second place in the 100 meter hurdles and eighth place in the 100 meter dash at the state meet.
She is the daughter of Tammy and Reginald Moreland and she has one sibling, Regina Moreland. She is majoring in exercise science at KSU.