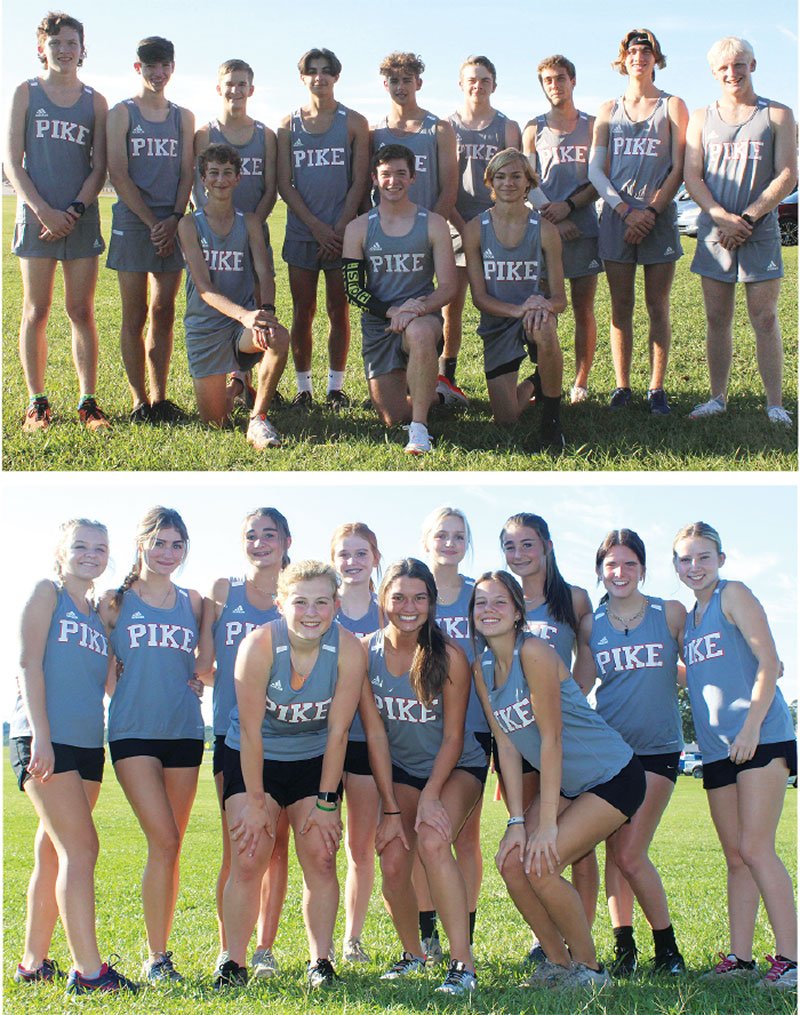 Track teams in top 10 in the state

Senior Aiden Potter had a strong performance at the state meet, finishing tenth in the state. Senior William Gray was 37th with a solid race, along with junior Luke Woerner who was behind William in 45th place. The rest of the Pirates were bunched up with John Barber finishing 4th on the team in 85th place with Andrew Edwards 86th to finish out the scoring. Xander Potter and freshman Jack Bell were not far behind. The Pirates finished at or above where they were supposed to finish with several members having a personal best on the state course in Carrollton.

The girls finished ninth in the state competition. Lauren Smith was 46th with a time of 23:36. Cathryn Stuart was next at 50th, Madison Wilson was 65th, Bailey Morris was 85th, Katie Ballard was 94th, Morgan Wilson was 109th and Addison Stuart was 140th.

“In cross country, that is pretty dominate. They work really hard from summer to now and most also run track so they really never take a huge break,” said Clay Woerner. “On an easy day, they may go jog seven or eight miles. On hard days they put together a speed work out that adds up to five or six miles. We are talking 40 to 80 miles a week. The team is led by seniors Aiden Potter and William Gray who help create a comaraderie. They meet up and run on breaks, they meet up and run on weekends, they meet up and eat out together, pretty cool stuff.”

The girls qualified for the state meet by placing second in the region to a really good Mary Persons team which was ranked fourth in the state. The team was led by junior Cathryn Stuart and senior Lauren Smith. Also rounding out the varsity in order were Madison Wilson, Katie Ballard, Morgan Wilson, Addison Stuart and Bailey Morris. Representing the JV in region were Emma Summerlin, Mackenzie Malcom, Morgan Boynton and Savannah McBrayer.

“Congratulations to coach O’Steen and coach Smith for an awesome job! Two runners from last year’s team are currently running in college on a scholarship. Anna Chasteen is competing on the varsity level for North Georgia College and killing it. Also, this program has sent multiple other runners to college along with others that have had offers,” said Woerner. “Great job coaches!”

Published in Breaking News and Sports