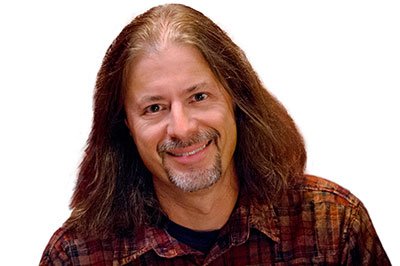 It is easy to look around and wonder how we got here. A nation divided not by race, but by colors and dedicated to the proposition that not all people are created equal after all. A nation guided not by democratic principles, but rather by PACs funded by corporations and the wealthy. A nation willing to reelect a former president who clearly participated in an attempted coup and, at the least tried to usurp, if not upend, the Constitution.

We, the people, have been hoodwinked and hornswoggled by confidence men and power players. We listened to the loudmouthed and far too often ill-informed opinions of talk radio and television hosts, eventually allowing them to think for us. Instead of examining the evidence and coming to our own conclusions, we simply accepted their nonsense as truth. We donned the proper colored jersey, picked up a pennant, and began cheering for our side without fully understanding the implications.

We hitched our wagons to shooting stars and rode merrily along as they flashed and fizzled. And when they insisted that what we had seen with our own eyes was wrong, we believed with all the fervor of the newly converted. We stood by as unseen doners channeled billions of dollars of dark money into the coffers of candidates and causes and never once did we think to question their motives.

We bought into the idea that one side had better ideas than the other, that one side was more aligned with our values than the other, that one side was demonstrably better. We were wrong. Ideas are apolitical. Both sides, from middle to end in either direction, have ideas both good and bad. Picking the best and rejecting the rest is the job of we, the people, but we left it in the hands of often horribly unqualified politicians based solely on the parenthetical capital letter next to their names, and the extent to which they were willing to be unkind and even cruel.

We were emotionally manipulated and led to believe in half-truths and lies. We were induced to give up our rock-solid values and replace them with the flimsy planks of partisan platforms. We were trained to laugh at the plight of those played as political pawns and forget that many of our current problems extend back through at least the last six presidential administrations, with nothing done beyond lip service, blame casting and finger pointing.

We hopped online and commiserated with one another, whining and carping about how we were being persecuted and publicly pilloried for our beliefs, marginalized because of the pale color of our skin, our religious beliefs, or the circumstances of our birth and upbringing. We found comfort and kinship in our fellow travelers, secure in the veracity of our feelings, while again denying facts and data.

If it is your intention to vote a straight party ballot, well, that’s certainly your right. In fact, it may soon be your only choice. If you value freedom, democracy, and our republican form of government, you should instead examine the candidates and cast your votes for those most qualified for each position. Some will be red, some will be blue, some few will be neither, but all are easily identifiable on nonpartisan websites which you may browse at your convenience. Do your research. Do your homework. Do the right thing, and not the Right thing or the Left.

Anthony Vinson writes and rants from his perspective as an unapologetic, laidback liberal, longhaired humanist. He sees the world not in shades of black and white, but rather in an explosion of vibrant colors. He believes the pen is often mightier than the sword and writes to change the world one word at a time. He may be reached at anthonydvinson@gmail.com.