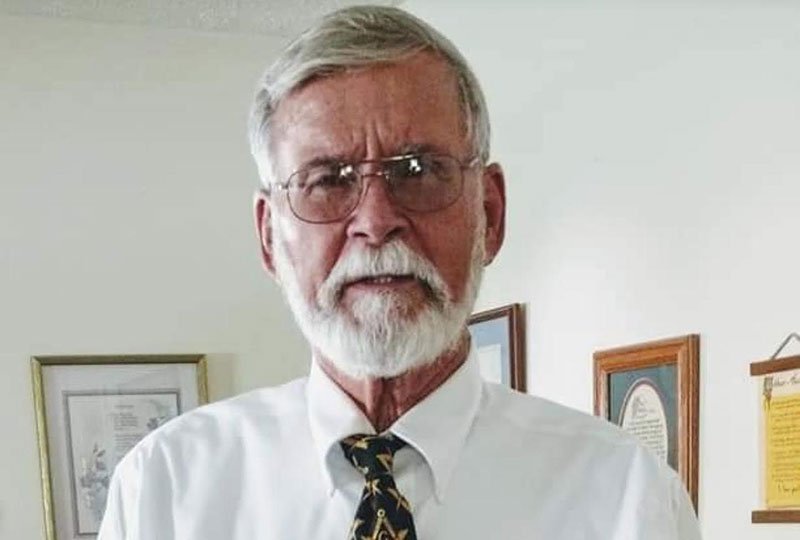 Bill was born in Port Chester, New York, and spent his early childhood in Hanover, Massachusetts, where most of his Gardner family still lives. When Bill was a teenager, his family moved to Miami, Florida, where he graduated from North Miami High School, and attended Dade Junior College. Bill worked for Florida Power and Light Company for over forty years.  Bill started out as a lineman and ended his career there as a foreman in Daytona Beach.  He and Bonnie married and they lived on Sunshine Mountain in Pike County for the last twenty years. Bill was very active in his community and would be seen at the Pirate football games, dressed in his Pirate gear, eye patch and all, defending the Pirate Ship.

Bill was an avid SCUBA Diver and a PADI Dive Instructor. He organized the South Florida Dive Club in Miami in 1974, and he was the first President. The club is still active today. Bill recently received an award from the PADI Worldwide Organization for his 45 years of service to the sport, having certified 457 students as divers (16 in Pike County).

Bill was a member of The Church Gathering in Thomaston. Before that, he served as a Deacon at Meansville Baptist Church. One of the happiest parts of his life was spent serving the Lord. Bill was also Past Master of Meridian Sun Lodge, and Past Worthy Patron of Clarissa Pike Eastern Star.

He was preceded in death by his parents Alberta (Becker) and Carlton Owen Gardner, his sister-in-law, Joan Bishop, and his nephew William Maddox.

Our precious Bill, husband, father, grandfather, and friend, transitioned to Heaven on July 11th. He is no longer suffering the pains of this Earth, but is with our Father God and Jesus. There will be a celebration of his life on Friday, July 15, at the Church Gathering in Thomaston, Georgia with visitation with the family beginning at noon, service at one o’clock with a meal following for all at the Church. Pastor Charles Bennett will be leading the service.

Special thanks to the loving and caring staff at Hope Memory Care in Fayetteville, Southern Grace Hospice, and Moody Daniel Funeral Home for their love and support during this difficult time.