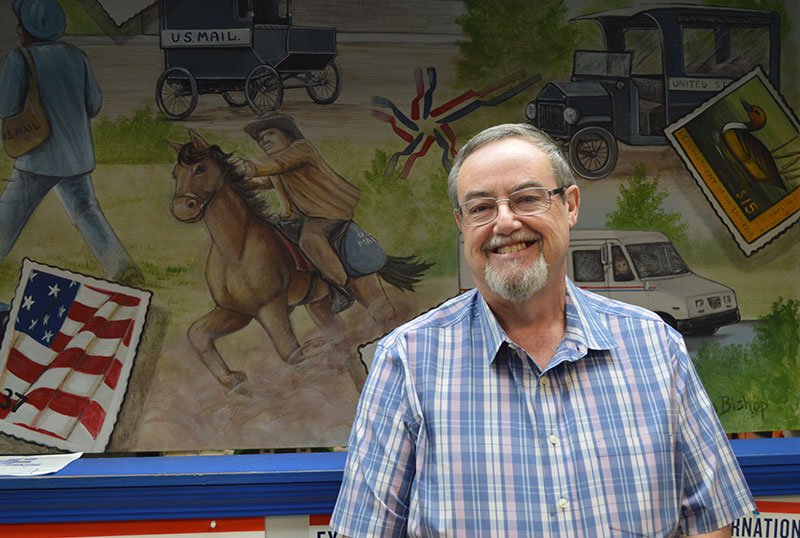 Tony Fogarty will officially retire on Oct 29, 2021 with 36 years of government service, including 32 years with the United States Postal Service and four years in the U.S. Navy.

Tony began his postal career at the Thomaston Post Office in 1989 as a part-time window/distribution clerk and was later promoted to bulk mail technician assigned to Quad Graphics.

After completing management training in 1999, Tony managed two Postal Stores in the city of Atlanta and worked as acting delivery supervisor in several Atlanta units. He was later promoted to supervisor of the Barnesville Post Office for more than five years prior to promotion to Postmaster. He served on numerous detail assignments throughout the district on various audit, inspection, training, classroom facilitating and varied investigation teams throughout his career. He also served as the IT subject matter expert for the 302 zip code area. Tony independently served as nationally recognized webmaster for the GANAPUS organization that represented Postmasters in the state of Georgia for many years. During his tenure, the website was awarded Website of the Year for 2012 at the NAPUS National Convention in Ohio.

He has served as Postmaster of Zebulon and RMPO manager of Meansville since 2013. Other assignments include Postmaster of Williamson, Milner and Officer-in-Charge of Barnesville, Molena and Senoia.

“I was so fortunate to be able to finish my career so close to home with the added benefit of the great employees of the Zebulon/Meansville post offices. Four consecutive Certified Engaged Team awards for our office confirm we have a great team,” he said. “I am grateful to have served and it was a pleasure to be a part of this team. I feel certain that this exceptional team will continue to provide great service to Zebulon, Meansville and The Rock.”